A unique language-learning method claims that even as adults, we can pick up languages effortlessly and approach native-like levels of fluency and ability.

An Introduction to ALG

Imagine a family moves to a country where a different language is spoken.

After a few years, the children are speaking the language like those who were born there.

But the parents can’t speak it nearly as well.

We see things like this all around us, and research backs up what we observe:

The older one begins to learn a language, the worse the results tend to be.

It seems as if language learning is easy for children but much harder for adults.

The common belief is that children’s brains pick up languages easily and perfectly, but we lose this ability as we grow up.

One problem with that idea is many big changes in the brain happen in the first few years of life.

The big decline in language learning we see only happens much later, around adolescence.

This suggests that it has to do with something other than the brain.

What we forget is there’s a huge difference between what children and adults learning languages typically experience and do.

Children spend a lot of time getting experiences where people talk about what’s happening around them.

That means they hear a lot of language in ways that they can understand what is being said.

All this understandable experience with language makes it easy for them to pick it up.

Adults often spend far less time with their new language, and much of what they hear is about abstractions and things that are happening elsewhere.

This lack of understandable experience with the language makes it harder to learn.

When adults do get a lot of understandable experience with their second language, they tend to do much better.

But they still don’t usually do quite as well as those who began as children.

To see why this might be, let’s look at what children and adults typically do.

Young children hear and understand a lot of language before they speak it much.

They focus on what they’re experiencing rather than the language they’re learning.

They pick up languages without study and only later do things like read and learn about grammar.

Adults often try to speak a new language a lot before they’ve even heard it much.

Instead of listening and understanding, they begin by learning about the language, studying and practicing it.

They get less experience with their new language, yet they try to do everything else from the start!

Could these huge differences explain why language learning seems so much harder for adults?

What if adult learners experienced and did the same kinds of things as children?

Could they then learn languages as easily, and as well?

An American linguist tried to answer these questions.

Dr. J. Marvin Brown’s mission was for adults to become like native speakers in their second languages — to speak them correctly without effort.

In charge of teaching at Thailand’s premier language school, for years he tried to achieve this through study and practice.

Meanwhile, he noticed that some adults had picked up languages better and faster without studying or even trying to speak.

They just did things they enjoyed with people who spoke the language, and eventually they too could speak them very well.

But he and his students could never speak both fluently and accurately.

Worse, he found out his students hated his study and practice.

He had hit rock bottom.

It was then that he discovered the idea that we become fluent in a language not through study and practice, but through understanding things in the language.

In 1984, he created new classes where adults could learn Thai without study.

The students watched and listened as the teachers acted out scenes, gave demonstrations, told stories, and made jokes—all in Thai.

Because the teachers used things like pictures, gestures, and props as they spoke, the students could understand and pick up the language.

Now this program was very different, but there are others that teach languages without study or translation.

What made it really unique was what Dr. Brown told the students: just listen to the language and don’t try to speak it.

Most students ignored his advice and tried to speak from the very beginning.

But some just watched, listened, and waited until they could begin to speak without trying.

In a few years, Dr. Brown had his first results.

Remember the family of immigrants?

The students who tried to speak from the start ended up like the parents, speaking broken Thai with bad pronunciation.

But most who just listened first ended up like the children, sounding a lot like native speakers.

Dr. Brown thought that by listening first, children develop a clear mental image of how a new language should sound.

By trying to speak from the start, adults usually interfere with this process.

Because of this they end up with speaking with accents and broken grammar.

But some students had the same problems even though they hadn’t tried to speak.

What was happening here?

It seemed they were thinking about the language as they listened, doing things like comparing it with their first language instead of just letting it become clear.

Rather, they’ve lost the opportunities for experience that children get, and gained abilities to consciously think about language, and try to speak, study, and practice it.

Using these abilities gets in the way of learning languages as well as children do.

That suggests with the same kind of experience and approach as children, adults can learn languages practically as easily and as well.

The key is to give learners a lot of understandable experience with a new language from the start.

This experience should be really interesting, fun, and memorable.

That keeps learners focused on meaning so they pick up the language without thinking about it.

It also creates a lot of strong connections in the brain that build the ability to understand and then speak the language.

Learners begin to speak without trying as words and phrases come to mind automatically.

Dr. Brown wrote that those who did best with ALG were those who practically forgot they were learning a language.

First, how can I learn a language this way?

Unfortunately, there aren’t many opportunities besides the Thai program Dr. Brown started over 30 years ago.

Yet there’s still very little of this today for adult beginners to pick up new languages from efficiently without study.

Instead of interesting and understandable experience, we get grammar books and study materials.

Second, where’s the research on all this?

Surprisingly, there’s almost no research that controls for the huge differences we’ve seen between adults and children.

We cannot conclude that age itself causes the decline we see, when what we experience and do changes so much with age.

We need research that, like Dr. Brown’s program, has adults learn languages like children—without study or practice—to see what the results will be.

This lack of opportunities and research creates a vicious cycle. 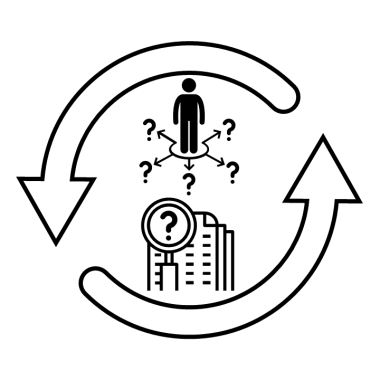 Without the opportunities to pick up languages like children, it’s hard to find out just how well adults can learn this way.

And without this research, it’s assumed that adults just can’t learn this way, so better opportunities aren’t being created.

But this is starting to change.

People are making interesting content that adults can learn languages from without study.

New research suggests how we learn languages may matter much more than when.

Let’s turn this vicious cycle into a virtuous cycle. 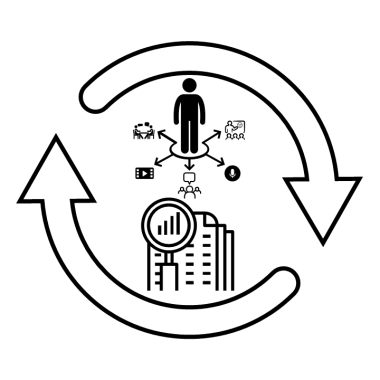 One where research is showing just how well we as adults can pick up languages, and better ways for us to do it.

One where countless opportunities are being created so we can effortlessly pick up languages at any age while having fun doing and learning many other things.