When acquiring languages through comprehensible input, how can we help others acquire languages in the process? Here’s one thing I’ve been doing. 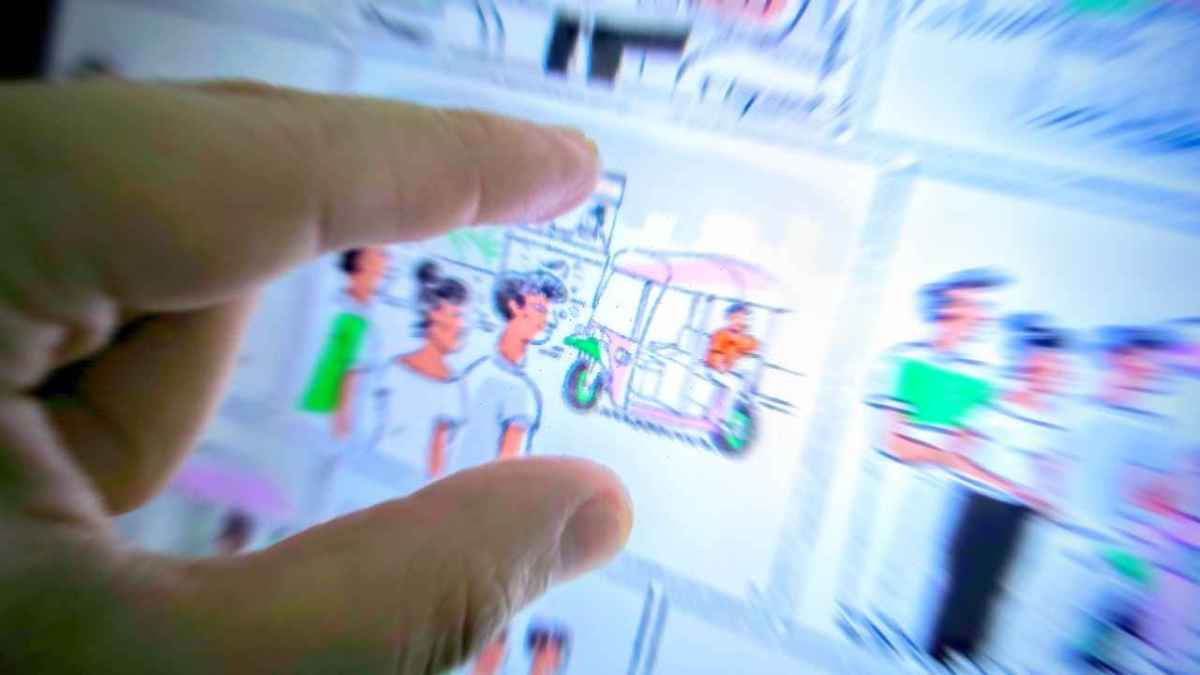 In my post on the first anniversary of this blog, Beyond Language Learning, I wrote how one of my intentions is not just to acquire new languages myself, but to do it in ways that will make language acquisition easier and more accessible to other people.

One small way that I’m doing this right now is with a project that might help other people acquire a language as I acquire one, and even enhance my own language acquisition in doing so.

I’m sharing it here because I’m interested in what other possibilities there may be for helping other people acquire a language in the process of acquiring a language oneself, and I hope that it can inspire other people to try similar things.

The website Aakanee.com has lots of content for learners of southeast Asian languages, developed by Andrej, who, like me, attended the AUA Thai Program and was inspired in part by its ALG approach of picking up languages through comprehensible input.

The content, which is under a Creative Commons license, includes many illustrations about everyday life and customs in Southeast Asian countries, which you can use with a tutor or language partner to acquire Southeast Asian or other languages.

The site also includes very detailed recorded descriptions of some of the images in the Thai, Isaan, and Khmer languages.

I’ve now reached a point where I can follow much of what is being said in the audios as I look at the illustrations that are being described.

This has benefited my acquisition of Khmer more and more as my comprehension has improved, but the audio and illustrations on their own are not very efficient for acquiring the language unless one is already at something like at least a low-intermediate level.

This is because although the audio mostly describes exactly what you can see in the pictures (except for some asides and more general discussion), you need to have some understanding of the language already in order to follow it enough to know which part of a frame is being described.

If there were video where you could see the speaker pointing to the what they were talking about as they talked about each frame, it would be much easier for a lower-level learner to follow and match what they’re hearing with what they’re seeing.

Because I already having some understanding of Khmer, I’m able to enhance the videos to add this kind of context for lower-level learners.

I originally tried this late last year with a few frames of the illustrations, superimposing animated arrows and circles to match with exactly what the Khmer speaker was saying at practically every moment most of the time.

While all the annotations might allow even beginners to easily pick up language from the audios, the videos were quite time-consuming and tedious to make, taking a least an hour to annotate each frame of an illustration.

Because of this I stopped after making just a couple of videos for two or three frames of the illustrations.

Now I’ve started doing something like this again, but this time I’m working in something much closer to realtime.

I do this by using a screen recorder app to record the illustration as I listen to the audio, usually at half-speed so that I have more time to respond, and I zoom in on and use the cursor to show what I’m hearing as best I can at my level of comprehension.

Then I take the resulting screen recording, speed it up to match the normal audio speed, and replace the audio with the original, delaying it slightly so it’s more in sync with my movements, which come a split-second after what I have heard.

Then I add credits at the end, render the clip, and post the video to Learn Khmer Naturally / Natural Khmer, the YouTube channel for my blog where I share resources for acquiring Khmer through comprehensible input.

(This blog is at naturalkhmer.com, the former domain of the defunct LINK (Language Institute of Natural Khmer) program, which like the AUA Thai Program taught Khmer using the ALG approach.)

While not quite as comprehensible as the more painstaking videos I originally attempted, the resulting videos should be more comprehensible to Khmer learners at levels lower than my own compared to just looking at the still illustrations while listening.

Even when there isn’t conscious comprehension, there should be more opportunities to connect words with their meanings because the zooming and pointing will show more clearly what the speaker is talking about from moment to moment.

Trying to zoom in on and point to parts of the illustrations in a way that corresponds to what I’m hearing in the audio at all times forces me to pay close attention.

What’s more, I care about doing my best with it so it can help other people acquire the language, and also of course because I’m posting it publicly.

By focusing on meaning, it should be beneficial for my language acquisition to connect what I’m hearing more closely with what I am seeing.

I also have to watch the resulting screen recording again to check the results and make any necessary edits, so I get to hear the same audio again.

This provides me with a kind of meaningful repetition where I am watching and listening for meaning in order to check how well the zooming and pointing I did matches up with what is being said.

The resulting content also often ends up being more interesting to me because I have added my own work to it.

Psychologically, we tend to value things that we own or have worked on more than things things that are not our own or we don’t have personal involvement with.

While I’m not sure how useful these videos will end up being to others, the idea of helping others acquire a language as I acquire one is certainly motivating.

In a small way, creating these videos is a continuation of Andrej’s work with Aakanee.com, which is a great example of helping others acquire languages in the process of acquiring them oneself.

He developed and commissioned materials to acquire Southeast Asian languages, acquired the language in the process of doing things like transcribing the audio recordings, and in turn made this content available to everyone.

I think more people could do things like this when they set out to acquire a language, especially with less-commonly learned ones that have fewer materials available from which to acquire the language.

For example, learners could record people speaking in ways that are comprehensible to them, such as describing pictures following the method I detailed in my post about acquiring a language with tutors or partners, and with permission. share them online.